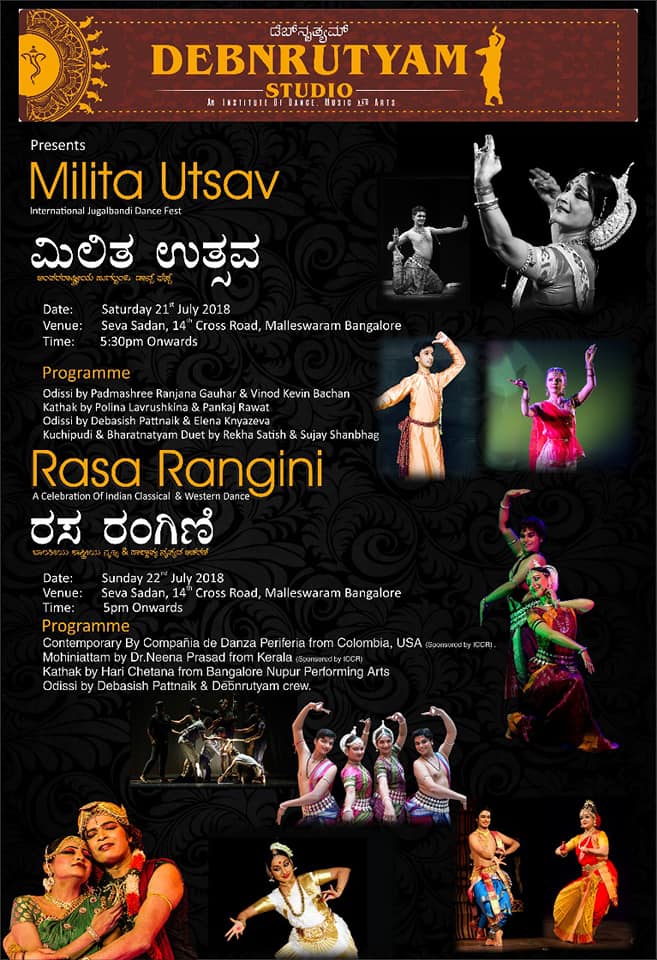 22nd,July Sunday 5.pm at seva Sadan.
Rasa Rangini ( A Celebration of Indian Classical Dance) we start the event by Periferia group performing contemporary from Colombia USA. Then Dr. Neena Prasad from Kerala will be performing Mohiniattam solo with live musician. Then Kathak by Hari Chetana & group from Bangalore. And finally closing performance, Odissi by Guru Sri Shingar Mani Debasish Pattnaik & his Debnrutyam students.
Would like to invite each and everyone to join us and bless us for the best.